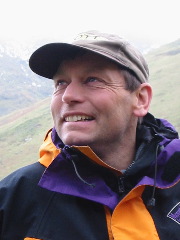 Although mountaineering has played a large part in his life Tony has also travelled extensively and had a colourful and varied career. This includes 5 years in the Royal Navy where he saw active service in the Falklands conflict, working in New Zealand on a bungy platform and as a deck hand on an Australian prawn boat.

As well as climbing in this country, Tony has climbed in India, Nepal, Morocco, New Zealand, Indonesia and the Alps. As an instructor/ expedition leader he has worked all over the UK and has successfully led expeditions to altitudes of over 6000m in the Himalayas. Life changed dramatically for Tony in 1998 when he was diagnosed with End Stage Renal Failure.

This meant he needed to spend 10 hours every day on a dialysis machine if he wanted to survive. This was devastating news both in terms of his career and life style. Despite this debilitating illness and being told he would never climb again Tony did continue with his mountaineering exploits. During 7 years of dialysis he completed a number of remarkable achievements including carrying out the worlds highest dialysis exchange at 4000m on the slopes of Mont Blanc – the first of 3 world records he holds. Thanks to his brother, Tony had a successful kidney transplant in 2005.

Since starting No Limits, Tony has less time for the more committing expeditions but is still very active in the hills. He now gains a great deal of pleasure by providing opportunities for young people to experience the outdoor environment and the limitless possibilities it offers. Tony is proud to be associated with the DofE Award scheme as the owner of an Approved Activity Provider. “Providing opportunities for young people to participate in DofE Expeditions has proved to be a means of giving something back to a scheme which has given me so much. Participating in the DofE gave me a sense of independence and exploration at a young age which has stayed with me ever since.” 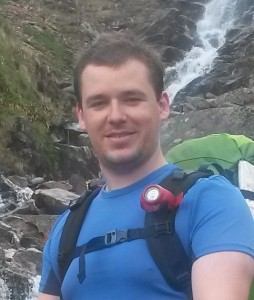 Matt’s passion for the outdoors started at a young age starting with a strong involvement in scouting. Over the years he has acquired experience in a range of outdoor activities from hillwalking and kayaking to climbing and canyoning both at home and abroad.

This has included cross country skiing and sea kayaking in Norway, scuba diving in Spain, and most recently a three week trip to Nepal, kayaking rafting and trekking. Matt’s previous experience on the front line of a busy Activity Centre has provided him with a wealth of experience in instructing, equipment maintenance, staff training, customer service and activity centre management.

He brings with him an in depth of industry knowledge, a real passion for the outdoors and a drive to create exciting development opportunities for people from all walks of life. Matt has recently got engaged and moved to the peak district and is relishing the challenge of his new role at No Limits Development of ensuring all staffing all our programmes with world class instructors and ensuring all our behind the scenes resourcing and operations admin runs as smoothly as possible. 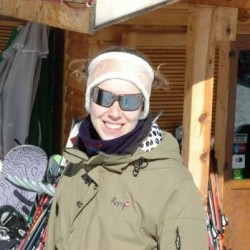 Sally, originally from Castleton in the heart of the Peak District, has grown up in an active outdoors environment she was so lucky to have on her doorstep. Having worked in the hospitality industry for more than 20 years, after completing her degree in Tourism and Management in Manchester, she went on to take up roles in hotels in Leicester, London and Buxton. Now having returned to the Peak District and a Mum of two young children she is combining her passion for the customer service industry, the great outdoors and developing young people by joining the team at No Limits Development.

Sally will help our client journey from booking through to completion to be as easy and efficient as possible whilst also retaining the No Limits ethos of living, laughing and learning. Sally will be dealing with customer bookings, finance details and along with Tony will be your first point of contact at No Limits. Sally will bring a new level of service to our customers that will make booking with No Limits an even bigger advantage than it currently is. Sally is looking forward to meeting with all our customers in the near future. 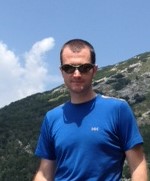 The opportunity came to join the outdoor activity world in 2005 following a career change which saw Anthony leaving Leisure Management behind and pursuing something he had wanted be involved with for many years. It also gave me an opportunity to take six months out and travel with my wife around Northern England and much of Scotland in our 1975 VW Campervan (called Klaus).

Anthony’s career as a Freelance Instructor started with everything from support driving for river journeys, Team Leading on Onsite School Activity days, through to eventually leading overseas expeditions. I also gained my Summer Mountain Leader Award along the way.

Staritng with No Limits Development in April 2012 Anthony’s role at No Limits now is in Planning and resourcing where he puts together the programmes, ensuring that all course details are covered and the programme runs smoothly and successfully for the client. Ant likes to be active when time allows and enjoy swimming, road biking, running, walking in the mountains, canoeing, mountain biking, triathlons, and any other activity that involves his family in such as weekends away in the old campervan. 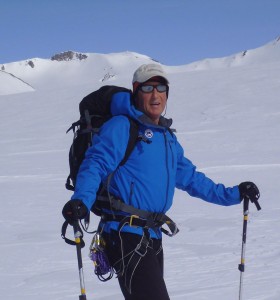 Ian has worked in the field of outdoor Education and Development training for over 36 years, starting his career with the Outward Bound Organisation.

He worked for a period in Antarctica for the British Antarctic Survey and in the Arctic for the University of Cambridge Earth Sciences Department. He ran the Duke of Edinburgh Award Centre for Calderdale MBC for several years.

Ian has worked for a large cross-section of providers in the development training field as well as acting as a technical advisor to Schools, Outdoor Centres and Commercial Organisations. Ian has led over 35 commercial expeditions to all seven continents as well as undertaking many climbing, ski mountaineering and kayaking expeditions of his own. Ian is a member of the Association Mountaineering Instructors and the Scottish Arctic Club and holds the Mountaineering Instructors Certificate.

He believes passionately in the power of experiential learning having the ability to develop people and change lives.